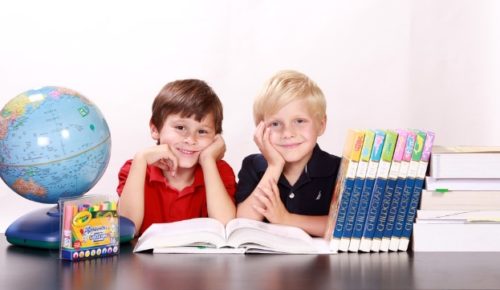 The issue of kids using drugs in school is a cause for concern to parents, teachers and the society at large. Some few months ago, two Graham Elementary School kids in Austin TX were caught distributing drugs to fellow students. Both kids are in the fifth grade together with their peers.

Ironically, the kids in elementary school are too young to engage in any form of activities involving drugs.  Fifth-grade pupils are approximately ten years old, and it is disturbing that they are already into drugs. At such a tender age, this kind of behavior paints a bad image about the future of these children.

Somehow, it is crazy for elementary school kids to indulge in drugs since they seem too young for that practice. The practice is shared among students in the middle or high school in Austin and the US at large. All the same, drugs are not suitable for students and their societies since they cause a lot of undesirable effects.

Effects Of Drugs Among The Youths

Drugs are bad in schools because they fuel violent behavior among different groups who abuse various substances. In elementary school, many kids report cases of intense experiences in the form of bullying. Students who are under the influence of drugs display aggressive behavior toward others.

Such kind of behavior is terrible since it impacts on the welfare as well as the performance of the victims in their school work. The drug abusers also risk performing poorly in their studies due to lack of concentration. Drugs severely affect the level of attention of many people such that they often fail to achieve their goals.

Drug abuse also leads to crime among different youths. There are many reports in various media about students who carry weapons to school to commit a series of crimes. In extreme cases, some wayward students kill others with guns while injuring many.  Though such incidents are common in high school, the kids in elementary school can also copy the behavior.

Abuse of drugs from a tender age can lead to this wrong belief that violent behavior is the standard way of doing things. Therefore, there is every reason for parents and teachers to discourage drugs among the kids while they are still young. Many kids indulge in substance abuse due to peer pressure.

Some kids are not aware of the dangers of engaging in such kind of behavior. It is vital for all concerned parties to take a leading role in trying to prevent such type of behavior before it gets out of hand. It can also cause spiraling effects too other sectors of society since they can be victims of crime.  Delinquent behavior disturbs peace in any organization, and it needs to be avoided. 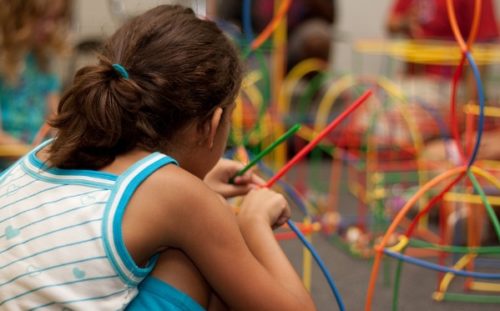 There are different measures that parents and responsible authorities like teachers can take to prevent young people from abusing drugs. Many youths are not aware of the dangers of substance abuse hence the need for their guardians to educate them.

1. Keep Over-The-Counter Drugs And Prescriptions Away From Children

Different people often abuse over-the-counter (OTC) and prescription drugs. For example, opioids are a drug that treats the problem of pain explicitly among various individuals. The doctor prescribes this drug when you are experiencing pain, but the continued use of the drug causes a relaxation feeling.

People who wish to extend the feeling of relaxation risk developing an addiction. In the same vein, the kids can experiment with prescription drugs, and they experience the same high sense. Out of excitement for their newly found treasure, the youth involved may take the medication to other peers.

The chances are high that the peers will also enjoy the feeling and this is how substance abuse spreads among children. It is therefore essential to keep prescriptions with such drugs away from the reach of kids. Children should not have any access to the medication they can end up abusing. It is better to prevent the situation before it goes out of hand.

2. Offer Guidance And Counseling About Dangers of Drug Abuse

Teachers have a critical role to play concerning offering guidance and counseling children against drugs. The educators are the role models of children since they also have a task to teach life orientation skills. Suspending kids in elementary school for indulging in drugs is not a viable solution since it can harden them. During the suspension, the kids also miss a lot regarding their education.

In, most cases, some kids engage in activities like taking drugs out of peer pressure. Many kids believe that it is fashionable to exhibit specific behavior through the influence of their peers. Many kids blindly follow their peers without any justification for engaging in such behavior.

It is imperative for the educators at school to offer guidance and counseling to the pupils about the dangers of drugs. Teachers spend most of the time with the kids, and they are in a better position to educate them about the importance of abstaining from drugs. The other issue is that teachers in different schools have the authority to shape the behavior of their learners.

The school environment should be safe for kids and free from drug abuse as well as violence. It is vital for responsible authorities to implement firm policies on drug and alcohol abuse. Elementary through high school should have strict policies that prohibit things like alcohol, drugs or even tobacco since they affect the behavior of the children.

3. Parents Should Pay Attention About What Kids Take To School

The parents should play an active role in checking what their kids take to school. The parent plays a significant role in shaping the behavior and attitude of the kid from a tender age. A responsible parent should pack the bag of the child and check other contents inside before he leaves for school.

As a parent, it is easier to tell that some items you find in your child’s bag are new. Whenever you discover something suspicious in your child’s backpack, you need to investigate carefully. Out of ignorance in some cases, the children are honest, and they can tell you everything.

It is vital to use a soft approach to avoid frightening the kid from divulging more details if you suspect something. Parents should also tell their kids to avoid sharing or taking medicine from friends that are not prescribed to them. There is a danger that some kids may enjoy the sweetness of some medication but may not be suitable for them.

For example, there is a particular type of cough syrup that is often abused by kids. The medicine gives a relaxation feeling if you take an overdose and the kids enjoy it. The same happens to children in elementary school. Children often do certain things out of peer pressure, but that can turn out to be a habit.

Old habits do not die easily; therefore, it is essential for the parents to prevent them from developing. Every child respects and listens to the parent as long as there is no love lost between the two. Parental involvement can go a long way in reducing cases of kids abusing drugs while still in elementary school.

4. Other Prevention And Intervention Strategies

Parents and teachers alike can also opt for other intervention strategies that help the kids learn different things about drugs.  For instance, parents can enroll their children in school-based programs that aim to prevent drug use, alcohol, and marijuana.

LifeSkills Training (LST) is an excellent example of a program that can significantly help to change the behavior of the kids while still young. The program also discourages the children from engaging in violent activities. The program strongly relies on competence enhancement and social influence models of preventing negative behavior.

Substance use is mainly a result of different psychological and social factors. In some instances, the behaviors of people who abuse drugs have strong links to their social background. As such, this particular program seeks to empower the target groups with life skills to overcome the challenges.

5. Collaboration Between Schools And Society At Large

A program called Families And Schools Together (FAST) is an excellent example of an initiative to control the problem of drug use. Families need to promote a strong background of the drug-free environment among all its members. When members know that drugs have no room in their societies, they will positively change their behavior.

On the other hand, schools should also inculcate a sense of responsibility among all students. Responsible people usually want to identify with good things in their respective societies. Kids need to learn from an early age that drugs are dangerous to their social well-being. Such vital knowledge helps to promote ethical behavior among the kids.

6. Promote A Drug And Alcohol Curriculum That Fosters Health Education

It is also essential for the responsible authorities to design a curriculum that incorporates drug and alcohol studies. Such kind of curriculum can significantly help in fostering health education among the youth. Many people often take this vital aspect of life for granted, but it can help change their behavior for the better.

Like any other subject in the curriculum, health studies should get priority since they enlighten the kids about good living strategies. These strategies involve abstaining from drug use to avoid other health complications. Prevention is better than cure, and it is crucial to target the kids when they are still young. The children will shun drugs when they grow up knowing how bad substances are.

With the right knowledge, the kids can also positively influence the behavior of their peers. It is easy to deal with delinquent behavior when people openly criticize it while at the same time rewarding good behavior. The strategy effectively works among kids since they will tend to identify with affirmative action and shun drugs.

What Are The Benefits Of Preventing Kids From Abusing Drugs?

The primary benefit of preventing drug use among youth is the reduction of violence in schools. Cases of violence are prevalent among young people who abuse drugs in Austin and the US at large. A lot of students who abuse drugs may carry dangerous weapons to school, and they use them to attack other students.

The rate of crime in different societies can significantly decline following the successful promotion of a drug-free environment. The number of school dropouts also falls when the issue of substance abuse is solved before it gets out of hand. Teenage pregnancy issues can decrease as well when youths refrain from taking drugs.

People under the influence of drugs do not act responsibly. Cases of teenage suicide are prevalent among young people who abuse drugs. The scenario is sad because it is a result of preventable things. The youth need proper education about the dangers of abusing drugs, and they can abstain from the practice.

The issue of drug abuse by the kids in elementary school is a cause for concern. It causes a lot of problems among the affected children since they may not be able to lead healthy lives. Drug abuse among children also impacts on society since it can lead to an increase in crime.

The problem of drug abuse becomes critical when it reaches the level of addiction. The affected person needs to take the substance continually, and this is detrimental to their health. Such a condition can lead to death. Addicted people also experience extensive withdrawal symptoms which affect their health in the long run.