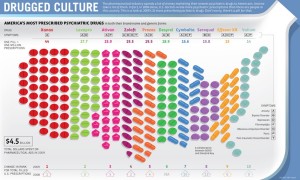 The invasion has begun!

Prescription drugs and their manufacturers have occupied America. They invaded my home, too.

Over the past 100 years, prescription drug addiction has grown from a non-issue to a sleeping pill joke on sitcoms to an insidious and serious health issue that doesn’t seem to have an end.

Abuse of drugs like Xanax, Adderall and Oxycontin has grown much faster than the population overall, and continues to accelerate.

A lot of research has been done, yet the growth continues.

It wasn’t until the turn of the century (1890 – 1910) that doctor-recommended drugs became an industry.

The first script drug was, of all things, Heroin.

Yes, that’s right, smack was introduced by doctors in 1889.

Aspirin followed in 1899, and other over the counter meds of the day included Opium, morphine, heroin, and cocaine.

At the turn of the last century, doctors wrote prescriptions for over-the-counter meds, but there was no regulation or oversight so people could also just buy whatever they wanted.

One company that rose to fill the public’s appetite for mood alteration was Jeremiah Curtis and Son, in New York. He bottled tonics for mass consumption to cure everyday ailments, naïve to the potential death threat of his products.

For example, the product “Mrs. Winslow’s Soothing Syrup for Children,” was a morphine-based medicine for children; in the 1900’s, it killed hundreds of children due to overdosing.

It was not until the 1950s – 1970s that we find prescriptions getting the federal government’s attention.

This was primarily in response to the brand-new practice of pharmaceutical companies advertising their drugs to the public. In many cases, the ads were completely misleading and led to dangerous overdoses and addictions. 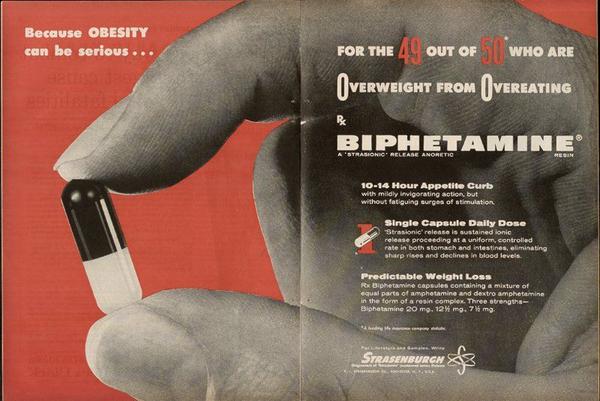 The new Drug Enforcement Agency began to work on educational programs to inform the public of the dangers of drug abuse and to stem the tides of addiction.

The 1980’s witnessed the birth of the modern day retail chain pharmacy (which further fueled pharma marketing to consumers), and in 1988 the Anti-drug Abuse Act was passed to increase the United States Government’s power in controlling drug abuse in this country.

In the late 1990s and early 2000s, the internet changed the game once again by allowing online prescriptions to be filled by the click of a mouse. The DEA responded by monitoring and seizing illegal pharmacies, but the practice continues unabated today. Just check Reddit for a long list of online pharmacies still operating.

In a lot of ways, the efforts of our government have done little to slow the spread of prescription drug addiction.

People seem much smarter today, but the actual abuse continues to grow.

The Most Commonly Abused Drugs Today

WebMD recently published a report about the rise in prescription drug usage in America.

In the report, it notes that 55% of people 12 years of age and older have used a prescription pain reliever for non-medical reasons – in just the past year alone!

Opioids are the most abused drug in the US. This includes Oxycontin, Mephedrone, and Suboxone.

Common side effects of opioid abuse include:

Physical dependence and addiction are very common with all opiod drugs.

Benzodiazepines like Xanax are technically tranquilizers. They are the second-most prescribed prescription drug class in America.

And benzos are far over-prescribed by doctors, especially Xanax.

To call benzo abuse an epidemic is not an understatement: 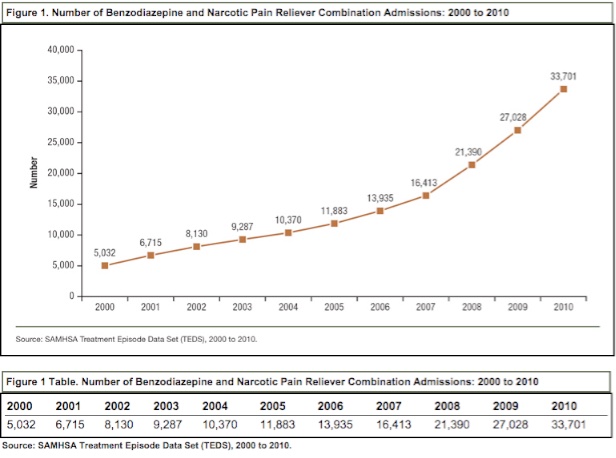 hospital admissions involving a combination of benzo and narcotics 2000-2010

Benzos are often abused with other drugs or alcohol, which can make them deadly. This is a fast-growing problem in America.

Common side effects of benzo abuse include

More serious side effects include a loss of cognitive control, heart attack, severe sleeplessness and death.

Withdrawal from a benzo addiction can kill you if not managed properly.

I’ve weaned myself off of Xanax before, and it’s not pleasant. It takes a lot longer than you think (months or years) to be completely free of its side effects.

Amphetamines are another popular class of frequently-abused prescription drugs.

Especially Adderall, which is frequently abused by students in college to fight insomnia and to improve mental acuity.

Of all prescription drugs, Adderall and its cousin Vyvanse are the most worrying to me, because they impact our brightest and best teens and young adults. 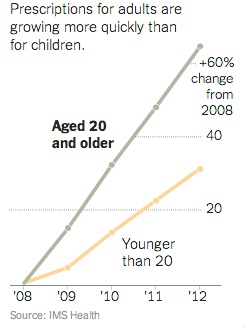 More recently, marijuana has been added to the prescription drug category.

No doubt this will add to the statistics above, even though weed is the least likely to cause harm to its user.