This path has many options, possibilities, and as any other child who is curious, high schoolers are overly eager to experiment with one of these options.

Statistics show that after marijuana and alcohol, prescription drugs are becoming one of the most abused substances among teens. 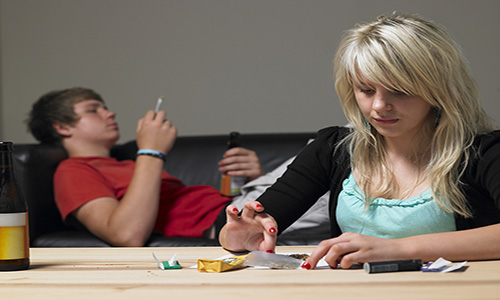 Sadly, high schoolers abuse prescription drugs for millions of reasons. Whether a teen chooses to take drugs because of pain, to get high, or simply because school is too hard, so they think it will help them get their work done on time, the number of teens abusing prescription drugs is alarming.

How drugs enter schools is not that big of a mystery. It is a chain of events among the group of friends. Let’s look at a simple example: a girl abuses prescription drugs and loses weight, so she recommends the same to her other three friends, those three friends suggest taking drugs to their friends, etc.

Social media also has a significant influence on spreading drug abuse. There are pictures of teenagers partying all over social media, so teens are encouraged to party like that too. So they reach to prescribed drugs to get high because they think they will experience that partying too.

Another alarming statistic is that teens seem to have no problem finding prescription drugs. They either take it from friends and relatives usually without them knowing, or they get it on the internet.

For most kids drugs are delivered to them on a ‘silver platter’ – even 44% of high school students know a classmate who sells drugs.

Starting with ‘easy’ drugs, teens tend to think that they won’t develop an addiction. Well, there is no such thing as an easy drug. Nearly 2.5% of high school seniors use cocaine. That is an 18-year-old with an addiction that can end his life.

The most commonly abused prescription drugs are: 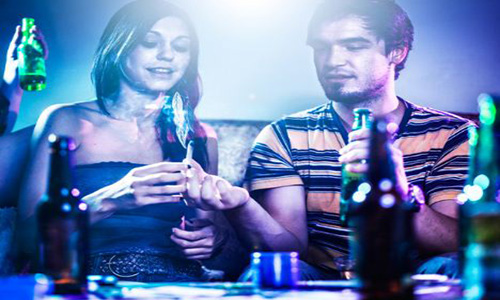 Prescription drug abuse has become a major health issue since it damages the overall health of the person using. Prescribed pain medications are intended to help relieve pain, and should be taken only by doctor recommendation, but more and more teens get addicted to them for the simple reason to get high. The effects of abusing are in no way good.

The causes why drug abuse appears are more than two or three. The problem is not in the confusion of the teenagers only, but society, schools, parents are also in the equation. Schools need to take better control when it comes to drug abuse.

School-based drug prevention programs need to be better and occur more often. This means the school needs to teach the students how to resist and say no, and to involve the student’s families too. This programs must be long-term.

Also, if parents express their strong opinion on drug abuse, teens will react and will less likely get addicted.

Schools and parents need to work as a team to prevent this major problem.