Recently in our neighborhood, two 9th graders were hospitalized for a bad reaction to Spice, otherwise known as K2 or synthetic marijuana.  They were hallucinating, fighting and throwing things in one of their parent’s garages.

One of them babysat my kids when she was 12, so this news came as a shock (to say the least)!

After being in the dumps for many months (and not blogging), this news kind of snapped me out of my funk. My kids are getting older now, so I’m beginning to worry about such things.  About a week ago, I started researching synthetic marijuana and some of the other “new drugs” that are used by teens in the US and locally.

What I learned was shocking! Most of these truly nasty, addictive drugs have been abused by teens for as long as a decade, yet many still aren’t listed as a controlled substance by the federal government.  Which means, technically, they are legal to sell in the US.

Spice, for example, can be bought at many convenience stores and gas stations.  So, after a lot of research, here are what I think are the four worst new drugs to hit our local schools during the past few years.

Starting with the most popular and misunderstood of them, synthetic marijuana.

Contrary to what most high schoolers think, synthetic marijuana has nothing to do with pot. It’s just a bunch of cheap herbs sprayed with one of many highly addictive man-made chemicals. Some of the many chemicals found in Spice packets so far include:

Users of Spice are drawn to the drug’s immediate, numbing high which is many times more potent than marijuana/THC.

What users don’t know is that Spice can also create wild hallucinations, horribly dark moods, crushing anxiety attacks, paranoia and can even cause permanent psychotic breaks.

Physically, Spice/K2 is hard on the circulatory system and has been linked to strokes in young and otherwise healthy kids.

Unlike marijuana, Spice is extremely addictive and creates nasty withdrawal symptoms when users try to quit. Headaches, serious depression, feelings of constant anxiety and fear and heart palpitations are common w/ this drug. The harshness of the withdrawals surprises many spice users when they attempt to try to quit.

There is a popular spice addiction support group online where hundreds of Spice users have posted their experiences.  Take a read through some of the stories there, and you’ll get a feel for how bad this stuff is.

K2 is especially bad for our community because it’s so available and so cheap. Although some forms of synthetic cannabis are now listed as a controlled substance, other variations of the drug can still be easily purchased online, in gas stations and convenience stores.

This drug is misunderstood, dangerous, available everywhere – and cheap.

Stay away – and warn your kids.

Bath salts got a lot of bad press back in 2011 when a homeless man in Miami was assaulted by another man high on bath salts. If you remember, the guy on salts was trying to eat the other man’s face off.

Bath salts are a group of drugs called synthetic cathinones, most typically methylenedioxypyrovalerone (MDPV), methylone or mephedrone. They mimic the effects of the natural cathinone found in the Khat plant, a popular narcotic that is often chewed by people living in parts of Africa and Asia.

This drug is bad. It might be the worst drug ever to hit our streets. Most people are aware of this, after the 2011 Miami event.

But the impact of this drug on your brain and body are worse than you think. For example, your son or daughter’s first hit of bath salts can cause the following adverse reactions:

Bath salts are extremely addictive, too.

Many people don’t understand that bath salts are a class of drugs that come in many flavors and are called by many names. You may not know your kids are talking about it, because of the name confusion. Even worse, many kids who try bath salts for the first time don’t know they are trying it, either.

Here are some of the more popular street names for bath salts:

Please inform your kids about this horrible drug. In 2012, the US government outlawed ‘bath salts’ for human consumption – but many online shops sell it anyway.

The active ingredient in the popular club drug Ecstasy is called MDMA, chemically known as 3,4-methylenedioxy-N-methylamphetamine. Molly is the most-refined, crystalline form of MDMA.

Remember ’90s raves? Well, today the Electronic Dance Music (EDM) scene where a lot of teens get introduced to Molly. Except for this time, it’s a lot stronger than the stuff we used to see.

Molly is a potent hallucinogen that causes a feeling of euphoria and deep empathy for others that can last for many hours.  Molly can kill, too. It was blamed for the deaths of four in 2013, according to the New York Daily News.

One big problem w/ Molly is the questionable purity of the drug. The same problem existed back in the 1990s when Ecstasy killed ravers.  This drug has been around for a while, so Google it if you want to learn more.

2C-P is a long-lasting and highly potent designer drug that hasn’t been on the scene for long.

Technically, 2C-P is a synthetic hallucinogen (psychedelic phenethylamine) similar to LSD. Other related drugs include 2C-B and 2C-C.  2C-P is the strongest of the 2C class of drugs, according to drugabuse.gov. 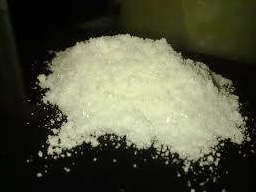 2C-P is a drug that you have to make time for. Its psychedelic effects don’t start until hours after a person takes it, and it often lasts for 20 hours.

Side effects include loss of body control, disassociation with reality and overwhelming sexual desire. Long-term effects, including addictive behavior, are unknown. The drug is easy to overdose on due to its potency.

In mid-2012, the US government classified 2C-P as a Class I controlled substance.

Like many other designer drugs, the 2C-P dosage is tricky, and overdoses are common. Every person reacts differently to the same dose, so kids, in particular, are vulnerable to overdosing by copying each other’s behavior.