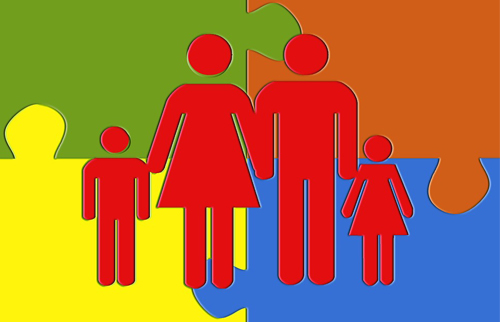 It is often said that nothing is as important as family. I sure know that I love my husband and kids, but I don’t know much about both of our families past our grandparents.   Gone are the days when people had to depend on their older family members and family records to trace their family trees and family histories. While these traditional techniques of determining your ancestry and family trees still exist, advances in science and technology have resulted in even more accurate methods for genealogists.

DNA testing is one such genealogical tool, and its popularity is growing. I feel it would be a fun family experiment and see what we come up with. Right now we still have living parents so more opportunities to collect DNA samples.  According to MyFamilyDNATest.com, the big three DNA tests are AncestryDNA, FamilyTreeDNA, and 23AndMe.com.

Depending on which part of the DNA is tested, people can find out more about their paternal ancestry, maternal ancestry, and even an individual’s ethnicity. Some DNA testing companies may even have additional information such as providing more insight into inherited traits and also the risk of inherited diseases.  This may very well become a great Christmas gift for all the living family members.

There are three significant DNA tests used in genealogical DNA testing. It is essential for individuals seeking family DNA testing services to understand what each type of analysis entails;

This type of DNA test focuses on analyzing Short Tandem Repeat (STR) markers on the Y-chromosome of an individual’s DNA. It is of paramount importance to keep in mind that females do not have the Y-chromosome as it is usually passed down to the son from the father. This makes Y-DNA tests an appropriate tool for tracking down paternal lineage. Results from the STR markers tested determine an individual’s haplotype which is a unique genetic code in the paternal ancestral lineage. For example, a son, his father, his grandfather, great-grandfather and others before him will have a similar haplotype.

Y-DNA testing is only available for males.

Nonetheless, the fact that mtDNA takes a long time to change ultimately means that people cannot use it to determine close relationships. Additionally, it is hard for DNA testing companies to learn if the common maternal ancestor is recent or from hundreds of years ago.

Since mitochondrial DNA is passed down to offspring only through the mother, DNA testing of this type if useful for females as well as for males who are interested in tracing down their maternal lines of ancestry.

Autosomal DNA testing focuses on analyzing genetic markers that are found in the 22 pairs of chromosomes which contain DNA from both parents. An important thing to remember is that these 22 pairs of chromosomes include almost the whole blueprint of the human body. Autosomal DNA, therefore, contains the genes that determine factors such as hair color, the risk of disease and physical features of an individual among others. Autosomal DNA tests are also used in tracing back an individual’s ethnic ancestry.

Both men and women can undertake autosomal DNA testing.

Once one has identified the type of DNA test that he or she desires, it is necessary to locate a company from which to get the DNA testing service. Due to the surge in the popularity of genetic genealogy, numerous direct to consumer (DTC) DNA testing companies have come up. However, three of these companies stand out from the rest of the pack; AncestryDNA, Family Tree DNA (FTDNA) and 23andMe. These three companies are compared and contrasted from 9 different dimensions.

Price is one of the significant most determinant factors when it comes to making purchasing decisions, and it is no different when it comes to DNA testing services. Increased competition has mainly led to price wars between the major DNA testing companies. Subsequently, those seeking these services are the ones that benefit from more competitive and friendlier prices.

AncestryDNA currently offers autosomal DNA tests for $79 which is a significant reduction from its previous price of $99. 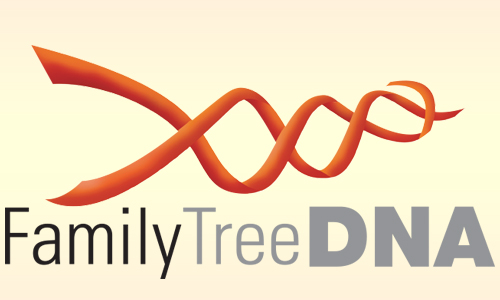 Mitochondrial DNA testing is also available on its own starting from $79 for a mtDNA Plus test and $199 for a full sequence mtDNA test.

23andMe offers autosomal DNA testing services for $99 making it the most expensive option among the three companies. 23andMe also provides a health plus ancestry service for $199. This package includes a report on an individual’s ancestry as well as his/her inherited traits and even health.

This is one dimension in which the three DNA testing companies reviewed differ significantly.

AncestryDNA for example only offers autosomal DNA tests. This is after Y-DNA tests, and mtDNA tests were discontinued in mind 2014.

23andMe only provides autosomal DNA testing services. However, the company also offers its clients with additional health tests and even trait analysis.

Chromosome browsers are a tool used in autosomal DNA testing to allow users to make comparisons between one or more matches to determine/estimate how much DNA the specific user shares in common with the respective matches.

5. Size of Data Base

The different DNA testing companies have different sized databases which allow users to compare results with other users and identify and make matches. Experts agree that a more extensive database is more desirable.

Of the three companies, AncestryDNA has the most significant database with up to 5 million people have learned more about their ancestry and family through the company. This makes the AncestryDNA database arguably the largest DNA network in the market.

Family Tree DNA has a relatively small database of approximately 500,000 people based on data from April 2017. Indeed, many critics have noted that this is the primary most weakness of Family Tree DNA.

23andMe has a larger database than FTDNA but smaller than that of AncestryDNA. As of April 2017, the company’s database comprised of over 2 million people from all across the world. Interestingly, many genealogists take issue with the fact that 23andMe is primarily a medical company rather than a genealogy-focused company. Many of those who use their services are most interested in the medical and trait information rather than family history.

One thing that the three DNA testing companies have in common is that they all require their clients to self-collect DNA samples, ship them back to the companies and wait for the results. The waiting times vary slightly from one company to another.

AncestryDNA, for example, takes typically between 6 to 8 weeks from the time the DNA sample is received in the lab to send results. However in some cases, especially during times of high demand, the wait time could increase. It is also essential for those using AncestryDNA services to keep in mind that they must activate their online DNA kits for the processing of results to begin.

Family Tree DNA offers all the three major types of DNA tests with each having different turnaround times. For example, autosomal test results take between 4 to 6 weeks to obtain while a big YDNA test takes between 10 to 12 weeks to process results. Additionally, results from both mtDNA tests and SNPs are released in between 8 to 10 weeks. 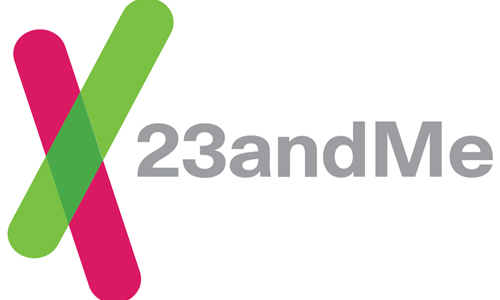 Nonetheless, anyone intending to use either of these DNA testing services must keep in mind that the sample processing times quoted are rough estimates. This means that some results may take longer to receive while others may even get processed within a shorter time. However, many experts advise clients of DNA testing services to expect results in between 2 to 3 months.

All the three companies reviewed allow their users (clients) to download their raw DNA data from the company and use the raw data elsewhere. In addition to that, the three companies allow their clients to upload their raw DNA data on GEDmatch and subsequently, see a list of possible cousins and also pursue more advanced analysis of the DNA data. GEDmatch is a free service.

It is also important to note that when it comes to uploading raw data files from other companies, both 23andMe and AncestryDNA do not allow. On the other hand, Family Tree DNA allows users to upload raw data from Ancestry.com as well as from 23andMe version 3 files (those created between November of 2010 and November of 2013).

AncestryDNA allows users to use their DNA results to identify possible connections within family trees. The only catch is that the tools required for this may cost the client a little bit more. For example, AncestryDNA charges additional monthly fees for clients to access its family trees and other features.

In the current age of the internet and the concern for privacy and confidentiality may make some people nervous, but one has to consent for them to share data.

There are privacy concerns with both AncestryDNA and 23andMe. In the case of AncestryDNA for example, anyone taking part in the company’s research project automatically allows the company to share the individual’s genealogical, genetic and even medical information with third-party researchers. Similarly, 23andMe’s terms of use will enable the company to share the data of those who consent to participate in research with third parties (more specifically, pharmaceutical companies).

Family Tree DNA has established a reputation for protecting the privacy of its client’s thanks to its terms of use which require that clients are individually asked for their consent before the company shares genetic data with third parties.

All three companies are quite capable of providing DNA test results which help clients to understand more about their ancestry and also to establish and identify more family connections.

AncestryDNA has the most extensive autosomal DNA database and well-established family trees. The company is, therefore, more ideal for individuals who are severe genealogical researchers and more so those who want to establish other extended family connections.

Family Tree DNA offers all three types of DNA tests; YDNA, mtDNA and Autosomal DNA tests. This makes it ideal for individuals who are seeking to understand their paternal or maternal ancestries much better. The company’s track record on maintaining user privacy and confidentiality also makes it ideal for those individuals who value privacy. However, their weak family tree integration and relatively small database are significant drawbacks.

Lastly, 23andMe offers the additional service of providing both health and trait information based on DNA testing results. The focus on the medical side of things makes it an ideal option for those who are more interested in learning more about their health. The fact that the company does not feature family trees is a limiting factor when it comes to using their services for genealogical purposes.

Bottom line, it may be a fun discovery activity to do with the entire family and see what you may uncover about your family’s past.  You may find out you have native American in your family and qualify for special benefits or scholarships.  Who knows????  Your DNA will tell.