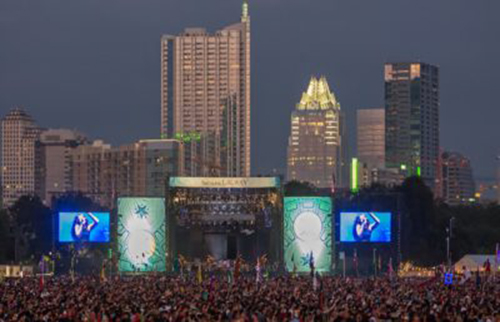 Plenty of people have a wonderful experience at Austin City Limits Music Festival – whether that means taking in an eclectic mix of sets across the weekend or soaking up up every sweaty, intoxicating molecule of the atmosphere – but it is important to remember that every experience of ACL is unique. There are good points and bad points and always plenty of stories to tell. The 2014 festival was no different and each member of this mismatched ensemble of friends has their own perspective on the event.

First things first, just because you plan to go with a specific group of friends does not mean that you will spend the whole weekend with them.

Any group of friends will break off over the course of ACL. Some go their own way for periods over the night to avoid arguments, some make last minute plans and some don’t make it at all. Take Sarah’s mistake with her last minute ticket scheme as a cautionary tale. The advice from most frequent attendees is to buy early and not to put all your hopes in last minute sales or good fortune, something Sarah now knows all too well. Students like her often have the chance at a cheap ticket through these last minute deals. The catch is that those at the front of the line camp out overnight, and even then there is no guarantee because of the disorganised chaos that takes over once the ticket office opens. Basically, Sarah did everything wrong: she turned up at 5am, which was far too late, and didn’t bring any water or sunscreen. These small chances are not worth a rough night on the sidewalk, the crushes against the barrier, the sunburn or the dehydration.

Then there was Holly, the girl who took it so easy she disappeared at an Outkast show. It seems that if you are in the right place at the right time and know the right people, the doors of ACL can open wide and you find yourself with special wristbands on, watching shows you hadn’t expected. Holly still boasts about her own “surprise” experience where her friend was given free wristbands by Jimmy Cliff at the store where she worked. Just like that, they were in. They ended up watching Outkast play their first show in years that very night, and from the barrier too. 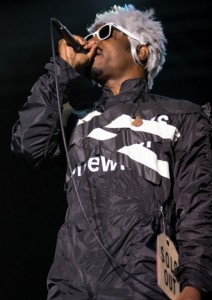 You soon learn that everyone has different tastes and different expectations.

When you head to ACL with a group of friends, you will quickly learn a few things about each other, and not just their questionable taste in music. The year before this strange Austin adventure, Bex had received some free tickets and had what could be described as an average time – some bad points and some good points. After some great moments reconnecting with her middle school crush (Arctic Monkeys) she was left lost, lying on the grass listening to Pinback. This is the problem when heading out as a group. What do you do when two of your friends want to see some “inoffensive” pop, like Fun for example, and you would much rather find something better to make the most of the night? Then there was all the sweat and the rude guys at the Arctic Monkeys show. Sharing a packed arena with sweaty bodies can be great if there is a shared love of the band and not everyone is there to look cool. There is nothing worse than seeing a band you love and having to listen to the rude people next to you mouthing off about how good they used to be. The experience put Bex off for good, her last words on the matter were “ACL is probably a really fun experience if you like big crowds and wandering around all day in the heat, I guess I don’t.”

As this tale of sweaty exhaustion and disappointment shows, it is easy to get overwhelmed by the atmosphere of ACL. You can crumble or you can embrace it, which is precisely what Harley learnt as she dragged everyone the site all weekend in 2014 to see as many bands as possible – literally all of them. The plan was simple, to catch parts of everyone’s set, no matter their genre or stage time. Unsurprisingly, this led to a strange mess of setlists and very tired legs, culminating in a strange amalgamation of Skrillex and Eminem. There is no denying that it turned the weekend into an exhilarating adventure though. It was all about the sensory experience and the people. Find the free-spirits and networkers and you can find yourself making conversation with new friends. The weekend ended with the incredible climax of our headline artist and a sea of fans lost in the moment. When the lights when out and everyone flooded out the gates, the buzz of the shared experience lingered on, for us at least. This was all possible in 2014 because of a valuable lesson taught to us by Mia.

Mia once came to ACL with a bunch of newbies that had no idea what to expect when the festival shuts down. The more inexperienced souls soon lose patience and realize just how cold and muddy it is when they have no clear path home. There is choice to make: be prepared to wait in long, disorganized queues for shuttles or have somebody waiting to give you a ride. Either way, it pays to have a plan and to stick to it. After spending too long finding lost friends and debating what to do, Mia started calling around for favors to get a ride. Their only option was to walk a mile, caked in mud to meet their savior. Never again.

2014 was when this group of adrenaline-fueled music fans did it right and did it their way. There are always lessons to learn about how to best handle Austin City Limits and Sarah’s ticket failure, Mia’s transportation warning and Bex’s problems with the heat and crowds prove that. In the end, ACL is about doing it your way, whether that means last minute shows like Holly or insane stage-hopping like Harley.